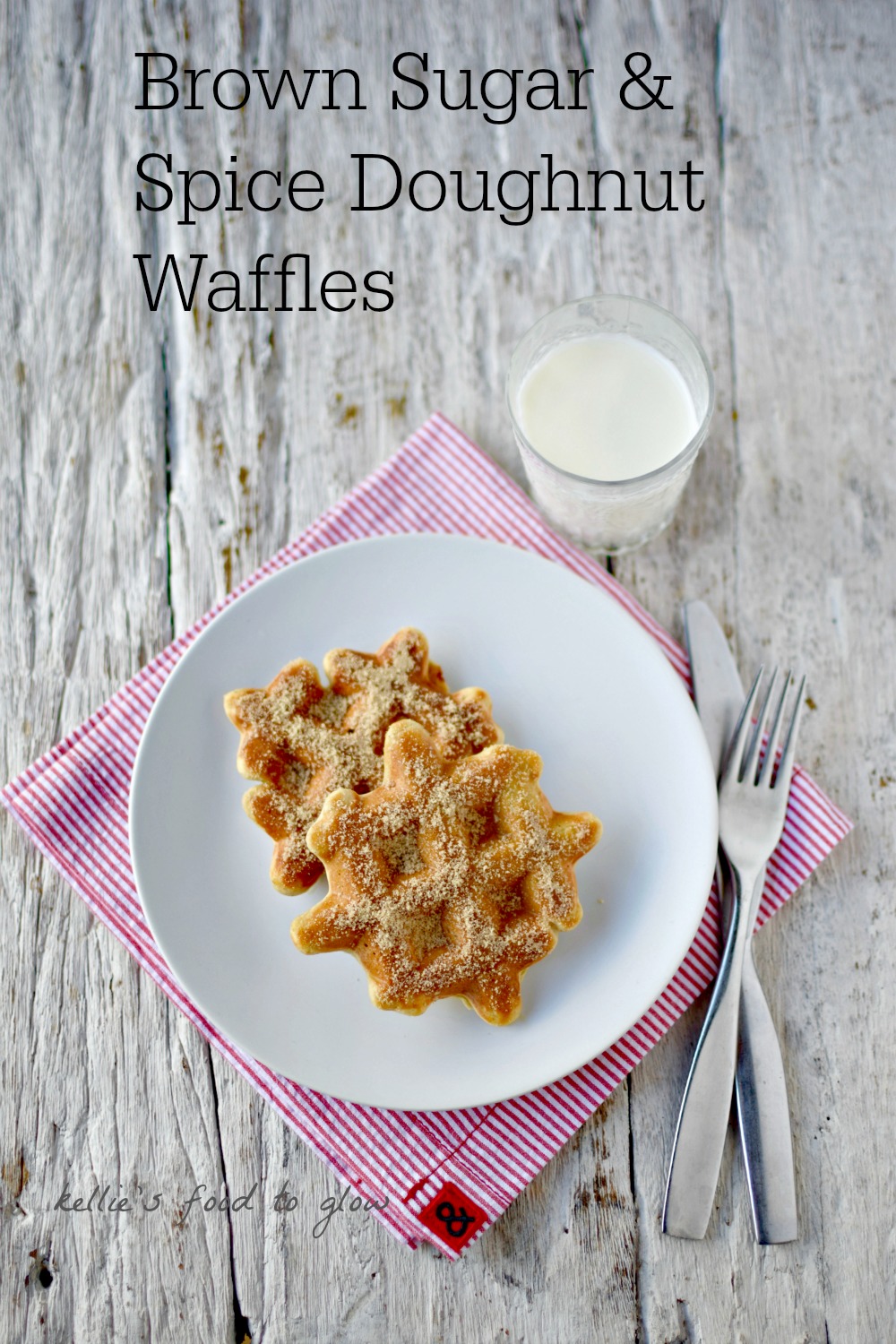 The flavours of tortas de aceite, the cakeyness of doughnuts, the slightly crispy edges and ease of waffles.

You read that right. Doughnut Waffles.

Only a couple of posts ago I exhorted you to waffle falafels because – and I partially quote myself – “…anything as waffles is a thing”. But not just a thing, a delicious idea whose time is now.

I haven’t made up this concept, by the way. You may have even even waffled some doughnut batter already. If so, I applaud you. I too have been grabbing any reasonable opportunity to make pretty, gridded foodstuffs. Must be a spring thing.

This time though we are going a bit sweeter, a bit more mainstream. But not properly mainstream because, as with me asking you to trust me on chickpea liquid/aquafaba in the recent Turkish delight chocolate mousse, I am asking you to drop some aquafaba into this doughnut waffle recipe. If I couldn’t tempt you with the chocolate mousse idea (please try it – skim the 93 comments on the 2015 post – as it really works!) THIS is the one to initiate you into the aquafaba gang: you are only replacing the egg that normally goes into baked doughnut batter. Just. Three. Tablespoons. Keep the rest of the chickpea liquid in the freezer for my next aquafaba recipe. 🙂

So, this recipe. Do you know about tortas de aceite? Those crispy, sweet Spanish flatbreads flavoured with anise?  Fancy delis, Waitrose and Marks and Spencers sell them for quite a pretty penny, but they are straightforward to make. I’ve got a lighter, less sweet recipe – Sugared Spelt and Olive Oil Biscuits – from all the way back in 2011. I think it was my third post. Today’s recipe is an update on this sweet, aromatic pastry.

The aromatic ingredient is anise. But don’t worry that your doughnut waffles will taste like liquorice. They won’t. The tailed seeds have a different taste, a cross between fennel seeds and star anise. If that still doesn’t float your boat, why not use cinnamon, cardamom, or a combination of the two? I did that for some baked doughnuts I posted recently on Instagram. In fact, what inspired me to revisit the tortas de aceite idea was coming across my jar of anise while rummaging around for the cardamom. I got mine from Steenbergs. It is a bit specialist, so go with the fennel option (toasted and crushed) or fennel seed and star anise. if you like

Have you waffled doughnuts? What flavours did you go for? What else have you been waffling? How are you getting on with aquafaba?

The flavours of tortas de aceite, the cakeyness of doughnuts, the slightly crispy edges and ease of waffles. Make as soft, mini baked doughnuts if you don’t have a waffle maker. xx

1 tsp anise seeds or fennel seeds, divided use (add a pinch of ground star anise, if you have any, if just using the fennel) – toasted in a small pan and crushed with a pestle and mortar or in a spice mill *

** reduce sugar further by replacing some of the dipping sugar (i.e. part of the remaining 50g) with toasted and finely ground pecans or walnuts. I like about four parts ground nuts to one part sugar.

1. Heat your waffle maker as directed. Heat your oven to a low, food-warming rather than cooking temperature – I go for 100C/212F.

2. Meanwhile, sift the flours with the salt and baking powder into a large wide bowl, then dry whisk in scant 1/4 teaspoon of the crushed seeds and 50 grams of sugar. Whisk in the milk, aquafaba or egg, vanilla and 1 tablespoon olive oil until smooth. You are wanting a thick, dropping consistency, so add a little more milk or a little more flour to achieve this – if needed. Different types of wheat have differing absorbency.

3. Oil the waffle maker plates as manufacturer suggests, then spoon some mixture into the centre of each plate to fill about two-thirds of the space. Bake until the waffles are lightly golden. My machine isn’t fancy so I have to peek to check. Put cooked waffles onto a tray and place it in the pre-heated oven to keep warm. Carry on with the remaining batter.

4. Mix together the remaining sugar and spices and pour onto a tray or plate. When the waffles are ready brush them with olive oil and dredge or sprinkle with the spiced sugar. Eat immediately. These can also be reheated and enjoyed later but are best fresh, I think. These also freeze well for up to one month.

Because this is using the stuff you normally would throw away from a can of chickpeas, I am entering this recipe into Elizabeth’s No Waste Food Challenge. Why not visit and see other blogger’s ways of upcycling their food waste!

Baked Doughnut and Doughnut Waffle Recipes from Others

Instagram – behind the scenes with my recipe development (triumphs and tragedies!) and mini, Instagram-only recipes.