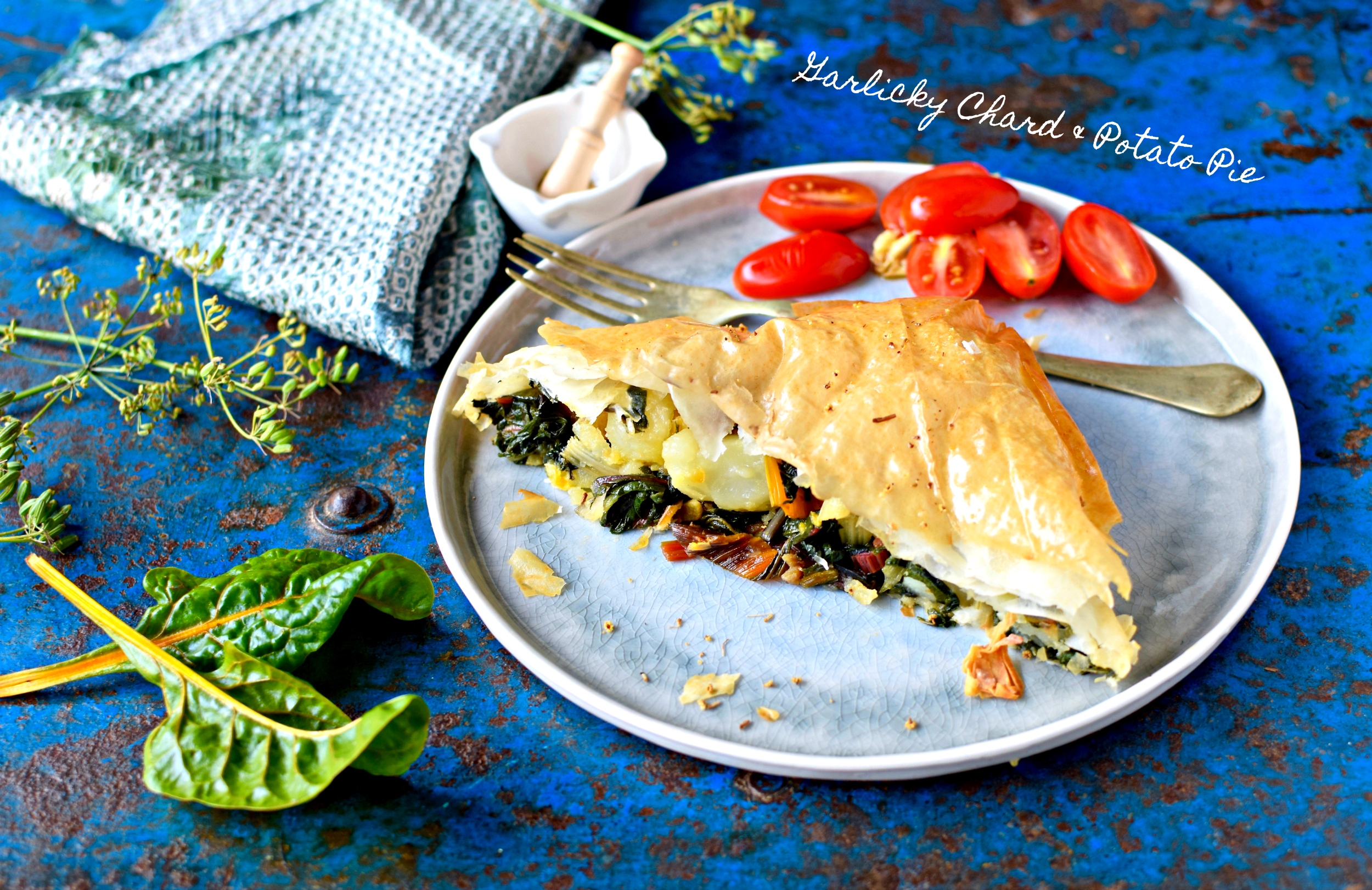 Unlike kale, mineral-rich chard doesn’t get a whole lot of love. At least in the US and UK. This is despite its glowing vibrant stems, generous, fleshy leaves, garden-hardiness, and impeccable nutritional profile (it’s related to quinoa and spinach, after all). Oh, and it tastes gorgeous, too.

In Mediterranean countries, however, it is justly revered. On holidays there we noticed that in both France and Croatia great piles of Swiss chard – veritable mountains of the stuff – were the first vegetable to disappear at the markets. And it didn’t just go home with older, traditional shoppers; we spotted what we took to be chefs swapping a fistful of Croatian kuna for a wooden crate spilling over with glossy-green Swiss chard.

Chard appears in many common Mediterranean dishes as a slightly earthy and almost tangy “filler” ingredient. But this easy-to-grow, leafy vegetable is also a standalone green, most often slowly sauteed in olive oil with slivers of pungent garlic. Stems get a head start then leaves, rolled into a loose cigar, are shredded and added with a splash of water to cook undercover until soft.

To me this is one of the great features of chard – no waste. You don’t strip the rib out, a la our friend kale. The rib is sometimes used as a vegetable in its own right. Every part of the chard plant is exceptionally delicious and renders down to an agreeable texture. In the garden it does have an annoying tendency to bolt (for me at least) but even the ropier-looking plants (and I mean that in both senses), chopped and sauteed or boiled, are tender and succulent. If you fancy growing chard, read this article. You can start a crop in either spring or fall. I think we are too late to start from seed here in the UK as we have already had a touch of frost and expect a dusting of snow tonight. (!)

This recipe is a take on Croatia’s famous savoury pie, soparknik. Instead of homemade dough rolled out to the size of a truck tire, I’ve used phyllo and laid it in a brownie pan. Additionally, I’ve added diced and cooked potato to make this more of a meal, in keeping with a favourite Dalmatian side dish, blitva na lešo. An authentic soparnik recipe would keep it simple with chard, olive oil, leeks, oil and salt. And since we aren’t really being authentic here, perhaps add some cooked and lightly mashed and salted white beans or lentils for a protein boost?

No chard in your market? I’m still seeing chard at the supermarket but it might not be available where you are. If you fancy making this and are sadly in a chard-free zone, sub in one-third spinach and two-thirds de-ribbed kale. Shred the kale as for chard leaves, but only add the spinach in the last couple of minutes, pressing it of most of its liquid – spinach being an especially wet vegetable when cooked (and gosh doesn’t it shrink).

I made and photographed this at the end of summer with my own crop. I meant to make it again with better images – I was using the end of a packet of phyllo and it looks skimpy on top – but didn’t manage it.

Use your imagination to see a plumptious pie, crackling and generously filled with glossy, oil-slicked vegetables. Or better yet, make it that way yourself. 😉

6 cloves of garlic, chopped – divided use

2. In a large saute pan, gently cook the chard stems and five cloves of sliced or minced garlic in 2 tablespoons of the olive oil until soft – about five minutes.

3. Finely slice the chard, squeeze in a towel and add to the cooked stems, along with the potatoes, fennel seeds, salt and pepper. Stir well.

4. Line a brownie pan (20 x 9 in) with three sheets (or four) of phyllo so that the edges overhang. Spread in the vegetable mix. Tuck the overhanging phyllo in next to the mix. Top with three more (or four) phyllo sheets and tuck them in too, to make a neat parcel. Press edges to seal. Bake for 30 minutes in the preheated oven until golden.

5. As the pie bakes, crush the remaining garlic clove and gently cook in the remaining oil. When the pie is removed from the oven, slick with the garlicky oil and sprinkle with a little salt and – if you have any – some fennel pollen. Allow to cool for a few minutes before cutting and eating warm.

Variations: add cooked white beans, lentils or feta cheese to add protein; add chilli flakes; use a shortcrust pastry instead of phyllo; use wilted and squeezed spinach plus shredded kale if you can’t get chard.